Developing the next generation of data scientists 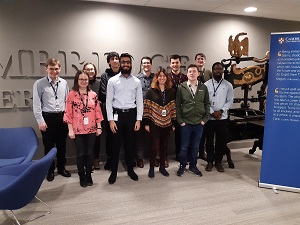 A joint apprenticeship scheme run by Cambridge University Press and Cambridge Assessment is equipping people with the skills they need to work in the fast-growing field of data science.

With National Apprenticeship Week taking place 3 - 9 February, Cambridge Assessment and the Press are celebrating the achievements of their first cohort of Apprentice Data Scientists.

The scheme highlights the way in which apprenticeships can bring diversity and value to employers, apprentices and communities across England.

Twelve specifically recruited apprentices have joined the two organisations as Assistant Data Scientists, where they will combine workplace learning at Cambridge Assessment and the Press with study towards a BSc (Hons) or MSc degree in Data Science with Anglia Ruskin University. They are learning some of the most sought-after skills in the job market, including programming, big data analytics and machine learning.

Data Scientists are increasingly becoming involved in almost everything both organisations do. Their roles help to unlock the power of data for customers. That could be by helping to develop and deliver exciting new data-driven adaptive learning and assessment products to learners and schools, using deep machine learning to train an algorithm to provide instant feedback to learners, or developing sophisticated forecasting models to help warehouse staff predict and plan for peak demand.

The Data Science apprentices have diverse career experiences and educational backgrounds: some were school leavers who wanted to combine practical, on-the-job learning with academic study and earn a salary while they studied for a degree.  Others previously worked in other fields and were looking to upskill or change career paths.

William Caulker is one of the Data Science Apprentices. He said: “The support we get is brilliant – not just with our work, but also with assignments and our general wellbeing. I’ve particularly enjoyed the chance to put new skills to the test working on live projects."

Another one of the Data Science Apprentices, Muhammad Chaudry, added: “Directly after my A Levels, I joined this apprenticeship in order to gain workplace skills that cannot be gained from just going to university. In my short time here, I feel that I have massively progressed both my technical and soft skills.”

Between them the two organisations are running a variety of entry-level apprenticeships and qualifications for existing employees all the way up to MBA and MSc level.

The theme for this year’s National Apprenticeship Week is “Look Beyond” as employers are encouraged to Look Beyond traditional hiring routes.

Nick Raikes, Assistant Director of Research at Cambridge Assessment said: “Looking beyond traditional hiring routes and embracing diversity were exactly what we were aiming to achieve with our Data Science Apprenticeships.  Our apprentices have brought fresh perspectives to invigorate our teams.  We’re genuinely passionate about recognising potential and determined to give our apprentices the best possible start to their Data Science careers.

“This is a great example of how non-traditional routes such as apprenticeships can unlock fantastic long-term career options in exciting and sought-after fields such as Data Science – and bring in new talent to the organisation.”

Heidi Mulvey, Head of Community Engagement at the Press, added: “Apprenticeships are a great way for us to attract talented young people and for them to gain experience and knowledge while being paid. We are already benefitting from the enthusiasm, innovation and insight they bring to our organisations.” 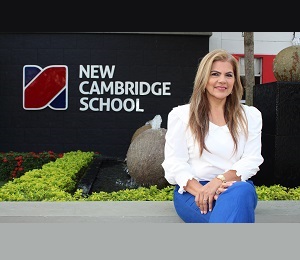 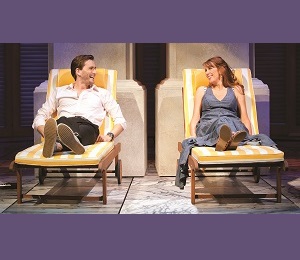