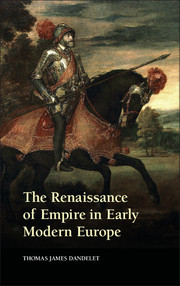 The Renaissance of Empire in Early Modern Europe