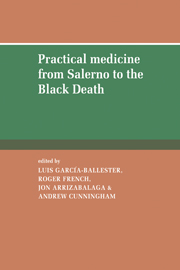 Practical Medicine from Salerno to the Black Death