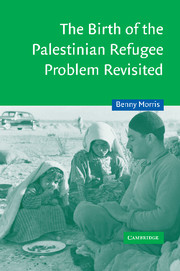 The Birth of the Palestinian Refugee Problem Revisited