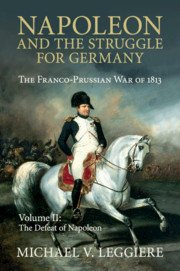 Volume 2. The Defeat of Napoleon