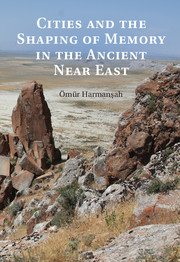 Cities and the Shaping of Memory in the Ancient Near East