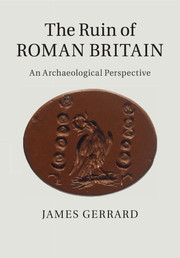 The Ruin of Roman Britain
An Archaeological Perspective