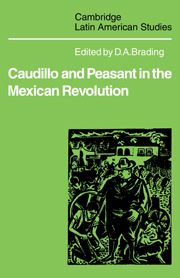 Caudillo and Peasant in the Mexican Revolution