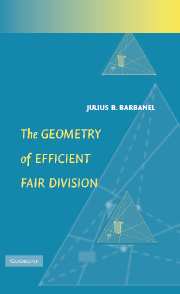 The Geometry of Efficient Fair Division