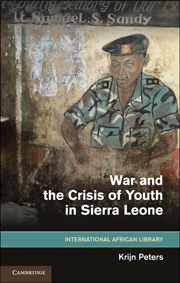 War and the Crisis of Youth in Sierra Leone