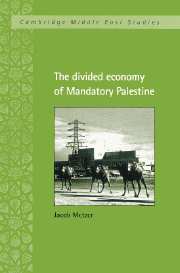 The Divided Economy of Mandatory Palestine