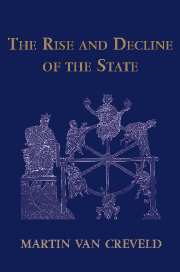 The Rise and Decline of the State