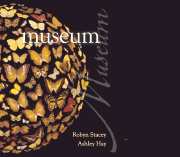 Museum
The Macleays, their Collections and the Search for Order