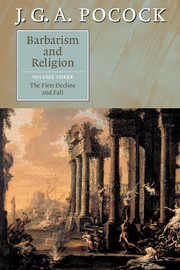 Volume 3. The First Decline and Fall