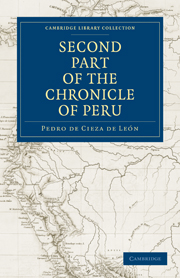 The Second Part of the Chronicle of Peru