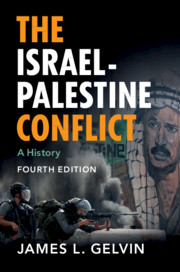 The Israel-Palestine Conflict
A History