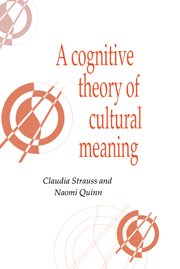 A Cognitive Theory of Cultural Meaning