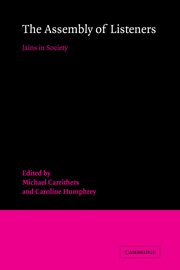 The Assembly of Listeners
Jains in Society