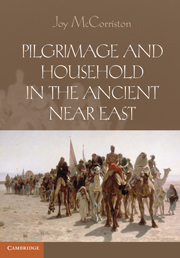 Pilgrimage and Household in the Ancient Near East