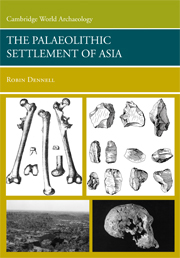 The Palaeolithic Settlement of Asia