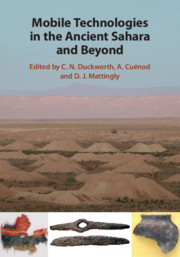 Mobile Technologies in the Ancient Sahara and Beyond