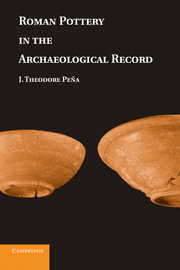 Roman Pottery in the Archaeological Record