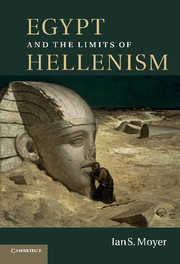 Egypt and the Limits of Hellenism