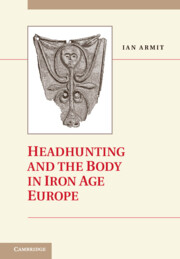 Headhunting and the Body in Iron Age Europe