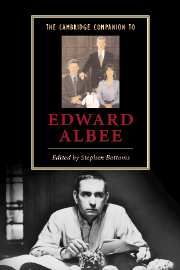 The Cambridge Companion to Edward Albee