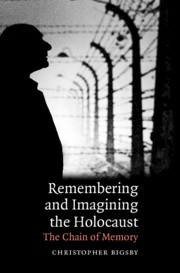 Remembering and Imagining the Holocaust
The Chain of Memory