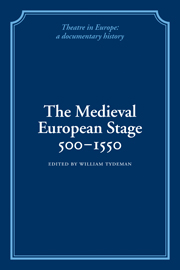 Part of Theatre in Europe: A Documentary History