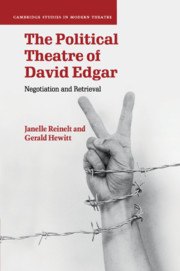 The Political Theatre of David Edgar
Negotiation and Retrieval