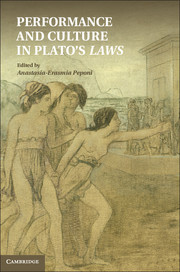 Performance and Culture in Plato's Laws