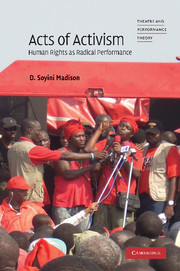 Part of Theatre and Performance Theory