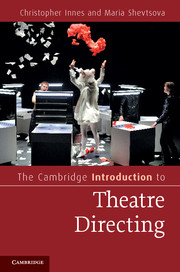 The Cambridge Introduction to Theatre Directing