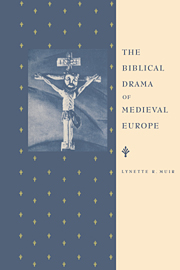 The Biblical Drama of Medieval Europe