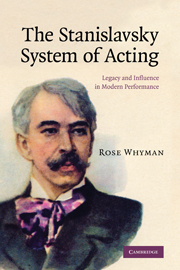 The Stanislavsky System of Acting
Legacy and Influence in Modern Performance