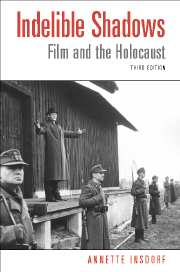 Indelible Shadows
Film and the Holocaust