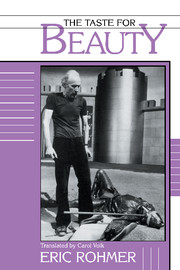 The Taste for Beauty