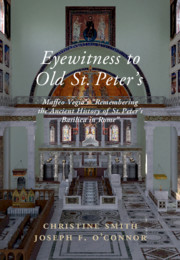 Eyewitness to Old St Peter's
Maffeo Vegio's ‘Remembering the Ancient History of St Peter's Basilica in Rome,' with Translation and a Digital Reconstruction of the Church