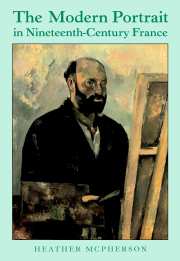 The Modern Portrait in Nineteenth-Century France