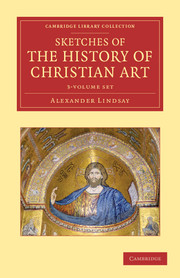 Sketches of the History of Christian Art
3 Volume Set