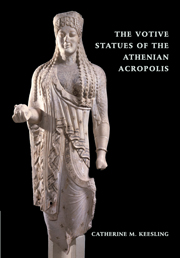 The Votive Statues of the Athenian Acropolis