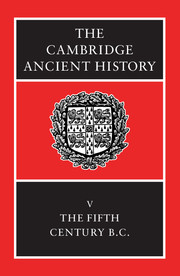 Volume 5. The Fifth Century BC