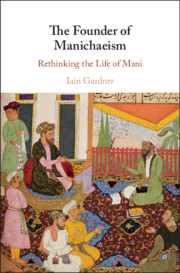 The Founder of Manichaeism
Rethinking the Life of Mani