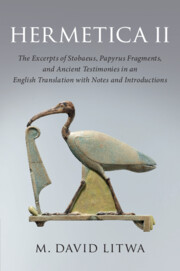 Hermetica II
The Excerpts of Stobaeus, Papyrus Fragments, and Ancient Testimonies in an English Translation with Notes and Introduction