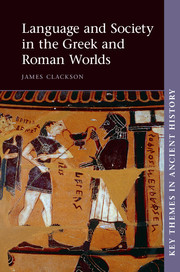 Language and Society in the Greek and Roman Worlds