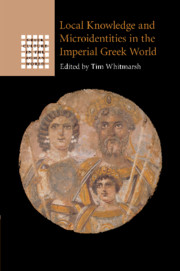 Local Knowledge and Microidentities in the Imperial Greek World