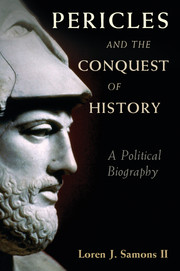 Pericles and the Conquest of History
A Political Biography