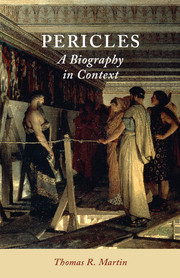 Pericles
A Biography in Context