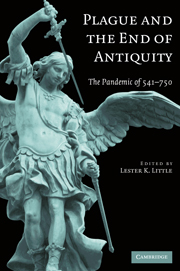 Plague and the End of Antiquity
The Pandemic of 541–750