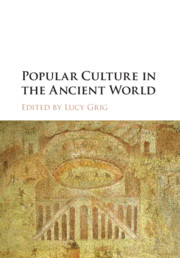 Popular Culture in the Ancient World