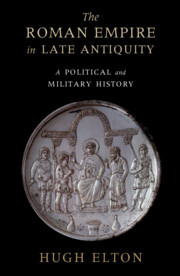 The Roman Empire in Late Antiquity
A Political and Military History