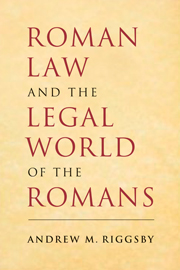 Roman Law and the Legal World of the Romans